After finishing 4th last season, Team Mentalism made the PreQ again in order to qualify for the Spanish championship in its 10th season. With 20 teams attending, the goal of the PreQ occurring on May 7 was to score the fastest lap in Austria, with 2 drivers per team.

To reach the fastest laps at the Red Bull Ring, Team Mentalism decided to go for a French line up as Nathan11 and William tried to post the fastest time around Austria. The team reached its objective of qualifying for the competition as it finished 5th of the PreQ with an overall time of 2.09.505.

LiberVic, the new manager in charge of the F1 roster, declared: “I am really pleased with our qualification. William put up a great lap and Nathan did not perform as expected but I am sure he will do a lot better next time. It was a high-class PreQ as more than one tenth separated the 3rd position to the 7th. Now that we are qualified, we will make everything we can to aim for more throughout this season.” 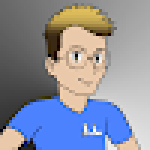